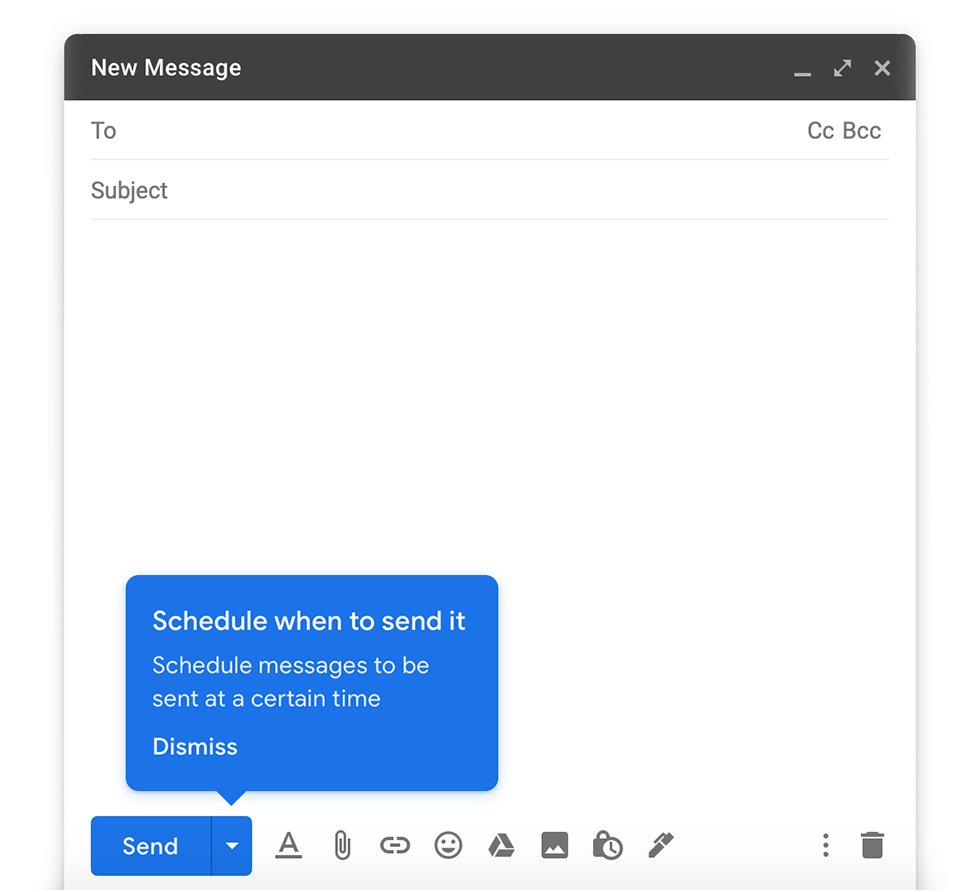 Have you ever worked late into the night and typed up a few emails that you didn’t want to send out until the next morning? When that would happen to me, I would usually save them as drafts, but sometimes I would completely forget about them the next day. Then Gmail added a cool new feature that helped me to never leave finished emails waiting to be sent.

Gmail has a scheduling option that allows you to set emails to be delivered on a certain day and time. So, instead of saving them as drafts, that just stay there until you remember to send them out, they are saved as scheduled emails, which are delivered automatically and on time.

How Does It Work?

Click on the white downwards arrow next to the SEND button in the compose window. A pop-up option to SCHEDULE SEND will appear. Pick the day and time for delivery, and you’re done!

If you want to make changes to a scheduled email, you can find it under the SCHEDULED label. You cancel it from there. Canceled emails move back into DRAFTS, where you can continue editing them.

Nothing on this blog should be taken to constitute professional advice or a formal recommendation. Please read the full disclaimer.